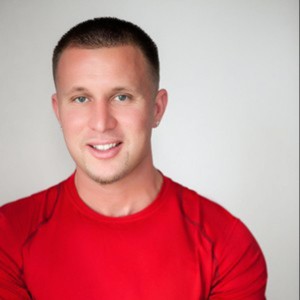 With tears rolling down my cheek, I held her hand until her last breath. It was the most painful yet profound moment of my life. There I sat by her side in that lonely hospice in the middle of nowhere in Florida, knowing my mother’s death came too soon. She was only 37. She brought me into this world, and I held her hand as she took her last breath and left it forever. As I held her lifeless hand, an all too familiar reality set it. In that moment, I looked out the window to see cars passing by. The sun was still shining, and birds were still chirping. Her life may have come to an end, but the world was still spinning. That day, I realized just how fleeting life is, and I knew I wanted to make a difference in the world with what little time I had.

My parents got pregnant when my mom was just 16, even though they’d been using contraception. Her mother, my grandmother, pushed her to have an abortion — but my mother refused. She was so young and frightened but so in love with my father. To make matters worse, she split with my father a few years after I was born.

I bounced back and forth between my mother and father for a few years, but by the time I was six, I was living full-time with my father. My mother had been hanging out with the wrong crowd, and she became addicted to heroin and ended up on the streets. I saw her a few times, but she basically was out of my life for over a decade.

My father raised me on his own, until I was about 11 years old. He was a wonderful father, and he taught me many lessons with what time we had. He made sure we had many fond experiences. We were always going somewhere fun or doing something out in nature. I think he knew his time was coming.

My father, too, lived without much regard for his health. His high-stress lifestyle, along with his drinking and smoking habits, caught up with him at a young age. By the time he was 29, he’d suffered his first heart attack. We struggled greatly after that, but he always found a way to make the best of what we had.

Unfortunately, he battled issues related to heart disease throughout our years together, and at age 37, his time had come, too. I remember being by his side in the hospital room, where he lay in a coma, as I begged him not to leave me. I awoke the next day to the news that my father had passed away in the middle of the night. I was only 11, and needless to say, I was devastated.

My father had made arrangements for me to go live with his brother and his wife in the event of his death because he knew my mother was in no position to raise me. But about three years later, my mother and I reconnected, and I eventually went to go live with her when I was 16. Luckily, I got to spend the last few years of her life with her, but her unhealthy lifestyle eventually caught up with her. Years of drug abuse and unhealthy living had taken a toll on her body. When I said goodbye to her, it seemed like just yesterday she was telling me that she had cancer — and then, so quickly, it was all over. After she passed, we honored her wishes by spreading her ashes in the ocean at Sand Key Beach in Clearwater Florida.

Looking back, there is no way to know for certain, but I believe my parents’ unhealthy lifestyle played a major role in their early deaths. If they never got caught up in drugs and alcohol — and instead lived a healthier life — I believe they would be alive today. I can’t go back in time and change what happened, but what I can do is make a difference now.

I’ll be turning 37 sometime around 11 a.m. this morning. The realization that I will live longer than my both parents hit me like a ton of bricks. I am reminded just how fleeting life can be. I know firsthand that tomorrow isn’t promised — and that’s why I’m so driven to make a difference in this world. I want to make a name for myself and live my best life — but I know that in order to feel like I’ve done that, I need to help as many people as possible do the same.

This all got me thinking about why I founded Survival of the Fittest. I wake up everyday knowing that roughly 1,700 people will die today from heart disease, and another 1,600 will die from some form of cancer. That’s not even counting numerous other lifestyle related diseases. I wake up everyday knowing that thousands of broken-hearted families will be torn apart by untimely deaths that were likely preventable. Thousands of people are dying unnecessary deaths everyday, and somewhere, I know a young child just lost a parent today.

If SOF can put a sizeable dent in reducing that number, then my life’s work will be complete.

Get Your 7-Day FRee Trial

Just Fill in your details below